Last Tuesday, the fourth of October, Prolife Auckland screened the documentary ‘Biology of Prenatal Development’ produced by The Endowment for Human Development (EHD) at the basement of UoA‘s Library. We had a good turnout, a lot more people than we expected.

After starting the evening with the pizza, chips, coke and socialising in the common area, we moved into lecture room B10 to watch the documentary.

There was some universally apprehensive giggling in the room, in the beginning, when the documentary attempted to give us a really quick and slightly awkward version of The Talk without saying anything about storks. Or cabbage patches.

But this soon passed, as we moved on to the main star of the documentary, the little zygote who was to become an embryo, foetus and baby before our eyes within the next 42 minutes.

The cool thing about this documentary is the use of Embryoscopy. That is, a teeny camera is placed inside the uterus to watch the development of the Embryo. Now I’ve heard the foetus or the embryo being described as a mass of tissue and a ‘pile of goo’. Now I grant you that every visible living organism is a mass of tissue, but a ‘pile of goo’ is not what I saw! 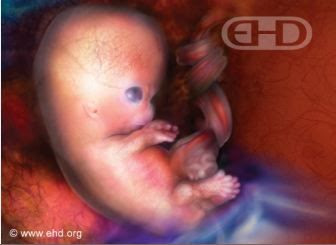 By four weeks, the embryoscopy showed a beating heart and a developing brain and a distinct little individual. Within another week, we could see its translucent skin and limb buds. By the end of six weeks it was positively cute with a huge head and those big button eyes (the eyelids haven’t formed yet). By nine weeks it was moving its head, curling its toes, and sighing while us females watching went ‘awww.’ It was just too cute. My favourite part was around 6 months when the baby was exposed to some really loud noises; he made this absolutely adorable expression of disgust.

I can’t speak for everyone, but during my schooling years, we didn’t learn much about prenatal development. We were told the basic sperm-plus-ovum-equals-zygote and nine months later, BAM! A baby. But it is a completely different thing seeing the complex process involved before birth. And considering that this documentary is about forty minutes and a pregnancy is about nine months, we’ve actually seen very little of what happens in a pregnancy. Another major plus about this documentary was that it was quite easy to follow. It wasn’t made for the bio majors and science professors but for the layperson. This is for the school kids, the Liberal arts students and especially the expectant mum since this video is all about educating people on how vital good prenatal health is for the future of the person. 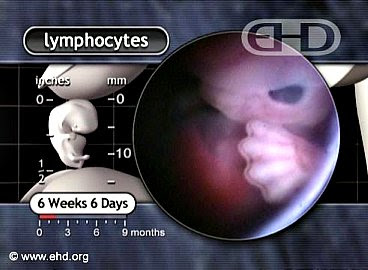 I know I learnt a whole lot.

Did you know that by 8 weeks, the embryo has over 90% of the structures found in an adult?

Did you know that babies show taste preference for foods their mothers ate during the pregnancy? They mentioned an example of women eating licorice during pregnancy which led to their newborns showing a preference for licorice unlike other babies (and most normal human beings). I assume this will also work with broccoli and carrots.

Did you know that loud noises can be damaging to the health of the foetus and may contribute to hearing defects? So keep them speakers down on low volume.

But what has ‘The Biology of Prenatal Development’ to do with abortion? EHD is a neutral organisation; they’re all about educating on prenatal biology and don’t take a stand on ethics or politics. So why screen this at a Prolife event?

You may have heard of Bernard Nathanson who was an American abortionist up until the 1980s. He supported the woman’s right to reproductive freedom and was instrumental in the Roe v Wade decision to legalise abortion in the United States. But later on he began to change his view until he was vehemently opposed to abortion and likened it to a holocaust. What changed? Did Nathanson become a chauvinist pig overnight? No, with the development of ultrasound in obstetrics, Nathanson, a hardened abortionist, did a complete u-turn. I think it’s because ultrasounds and embryoscopy show that the embryo and foetus is more than a mass of tissue. The embryo suddenly becomes more personal and human.

Unplanned pregnancies are difficult. There are social breakdowns that make it very hard for many women to bring a child into this world. These women need help and abortion seems like a logical step. But it’s easy to downplay the humanity of the unborn child when you can’t see it. This documentary, through its use of embryoscopy, helps us see the unborn face to face.

I would fully recommend this documentary to everyone I know. I think it’s an important resource towards having an educated opinion regarding the morality of abortion. And if you’re already fixed in your opinions you should still watch it to appreciate how complicated and special our bodies are. And the cuteness factor in the video doesn’t hurt one bit. 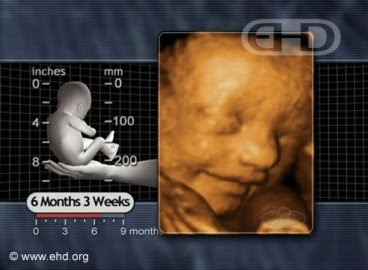 For more information check out EHD’s website at http://www.ehd.org/index.php

You can also see clips of the documentary at http://www.ehd.org/movies-index.php

We also have a selection of videos from EHD on our website at https://prolife.org.nz/resources/fetoscope-and-4d-videos/