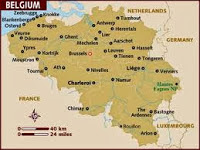 An article written by Adam Withnall and published in the The Independent on October 8, 2013 is reporting that the Belgian parliament has resumed its debate on the extension of euthanasia to children with disabilities and people with Alzheimer’s/dementia.

Belgium is set to debate this week whether or not it will extend its laws allowing euthanasia to include children and those suffering from long-term “diseases of the brain” like Alzheimer’s. …

Under the bill being considered, this could be extended to those under 18 if they requested it, their parents gave their consent, and where an expert psychologist deemed the child to fully understand the implications of their decision. …

Under the proposals, medically-assisted euthanasia would also be offered as an option to those suffering from Alzheimer’s disease.

Once diagnosed and while still lucid, they would be able to consent to being killed when their illness progressed to the point where doctors decided they were no longer interacting with society – even if on the surface they appeared to be happy and well.

The bill, which was introduced in December 2012 is considering extending the euthanasia law because they are already euthanizing newborns with disabilities and people with dementia/Alzheimer’s. Withnall stated:

Supporters of the euthanasia bill say it would simply be bringing under legal control something which already happens anyway. Studies have shown that, with terminally ill children whose parents are begging for their suffering to be brought to an end, doctors have been steadily increasing doses of painkillers until they reach lethal amounts.

Dr Dominique Biarent, who runs the intensive care unit at a Brussels children’s hospital, told the Wall Street Journal that this does happen, though rarely, and only ever at the initiative of the child’s parents.

Canadians should also be concerned. The Quebec government is currently debating Bill 52, a bill which would decriminalize euthanasia with nearly identical definitions as the Belgian euthanasia law. Quebec government officials have stated that Bill 52 would not allow newborns with disabilities and people with dementia to die by euthanasia, yet.

Latest posts by Caz (see all)